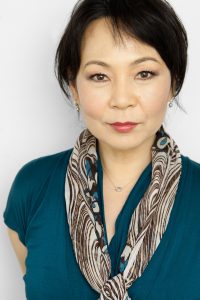 Cindera Che is an Asian American actor and dancer best known for her distinct role as the Madame in Michael Jackson’s Smooth Criminal music video. Her career spans over thirty years with her recent appearances on ABC’s sitcom Fresh off the Boat, NBC’s Zoey’s Extraordinary Playlist, ABC’s dramedy Lethal Weapon and working with the creator of Master of None, Alan Yang in his directorial debut in Netflix’s feature – Tigertail. 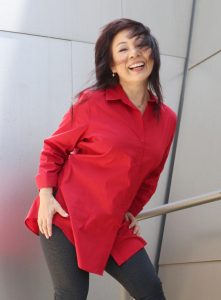 Cindera started her career as a dancer appearing on a weekly television variety show at the age of twelve, in her hometown Taipei, Taiwan. In 1977, her father purchased a House of Pies restaurant in Orange County and moved the family to the United States. She landed her first professional job in the U.S. on ABC’s Fantasy Island. Some of her most memorable dancing jobs include: partnering with Donald O’Connor in Out to Sea, pop-locking in Breakin’ 2 Electric Boogaloo, dancing on the freeway in La La Land and salsaing in the Showtime series Penny Dreadful, City of Angels. 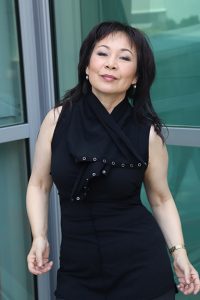 Besides being in front of the camera, Cindera has been an influential dance teacher and performance coach for over 35 years. She was on staff at The Edge Performing Arts Center in Los Angeles, as well as teaching in conventions and workshops that took her all over the U.S. and abroad. She created the Movement For Actors training program at The Edge Performing Arts Center. Her skills of turning non-dancers into expressive movers landed her an appearance on Dancing with the Stars coaching Kristy Yamaguchi in her winning performance. Among the choreography projects she’s involved in, creating a finale for a cast of 750 inmates from the famed dancing inmates of Cebu, the Philippines for the film Dance of the Steelbars was her favorite as she was able to truly explore the idea that dance transcends all human barriers: a belief that she aims to bring to all of her work.